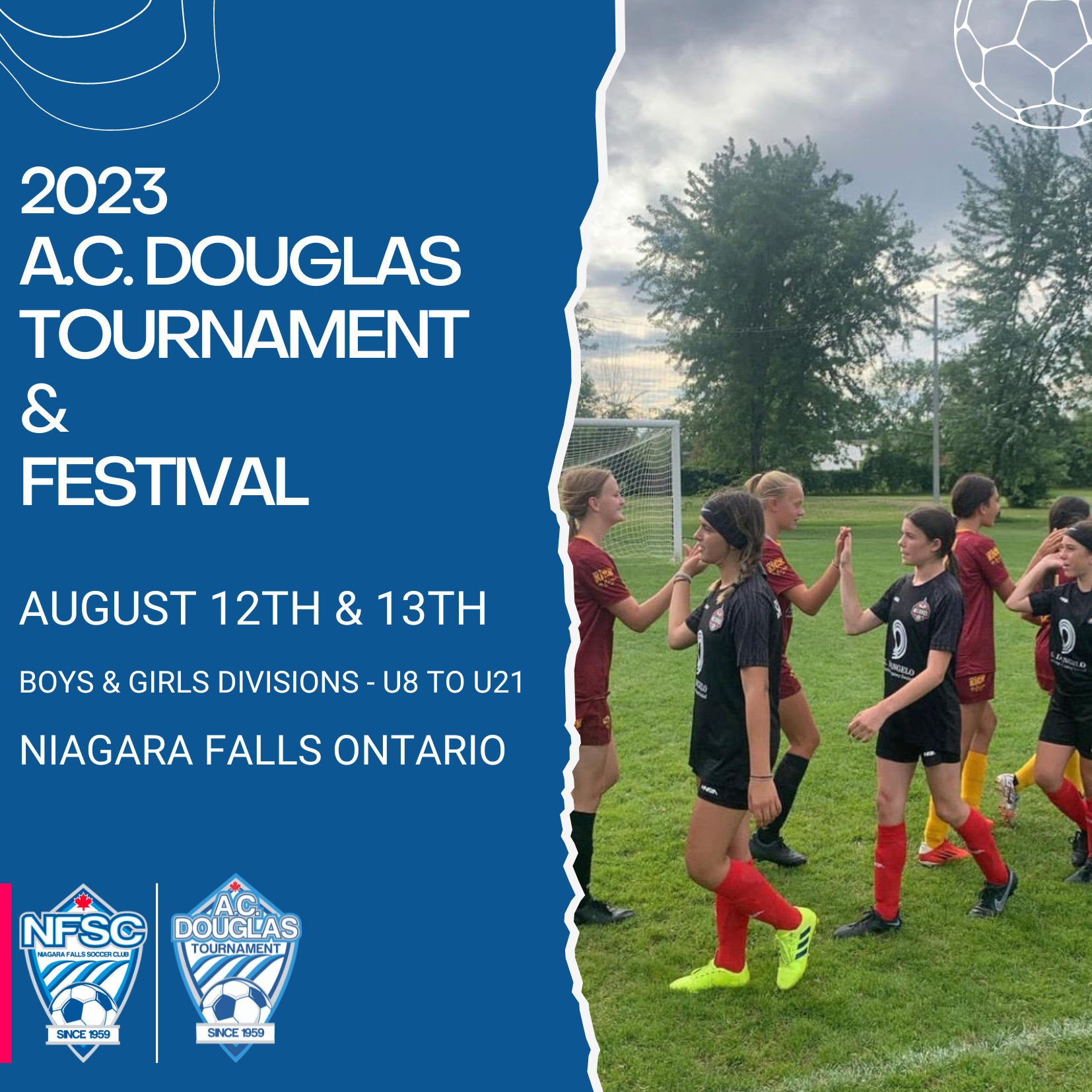 We look forward to playing host to over 200 teams here in Niagara once again. 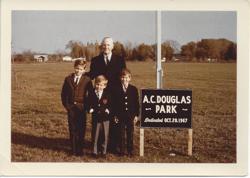 The A.C Douglas Tournament and Festival is entering its 61st year, and, is to date, the longest run tournament in Ontario!  It is one of the most favourably attended, not only for its beautiful fields and great competition but also has been paired up for a quick summer family getaway to visit the magnificent Niagara Falls!

A.C. Douglas was an esteemed member of the Niagara Falls Soccer Club, a Diplomat, an Agriculturist, a Developer, a beloved Family man and especially a Soccer enthusiast!  Mr Douglas originally started this Tournament to promote the tourism industry and also to bring some great soccer competition into our wonderful City along with another one of our proud NFSC members, Mr Dan O'Connor.  The tournament that started out with only 4 teams in 1962 has now grown to host over 200!

The A.C. Douglas Tournament and Festival Committee strives to continue to put on a great competitive weekend year after year, offering teams from around Ontario the opportunity to play teams they don't normally play.

NFSC would like to invite your team to participate in this year's A.C. Douglas Tournament and Festival!

A BIG THANK YOU!

goes out to everyone who participated, volunteered, and those who were behind the scenes for our 60th anniversary!!

Even coming out of COVID we still hosted 174 teams!

Largely dependent on the number of teams in each Division

No Scores or Standings will be kept, and 2 games will be played on one day.  Dates for Girls and Boys can be found above.  Depending on the number of teams ~ Groupings may be done with a Tier 1, Tier 2 format.

All Cheques should be made out to

If you are mailing in your payment it must be sent by July 10th, 2023, any registration after that must be paid over the phone or online!

please be sure to enclose a copy of your registration form if you have already emailed a copy.

Only Online/Credit Card payments will be accepted after the deadline has passed.

Only Online/Credit Card payments will be accepted after the deadline has passed.

Please note:  NFSC will not be responsible for any Hotel cancellation fees.

Niagara Falls Soccer Club  is pleased to announce our new partnership with HTG Sports as our exclusive travel partner for our annual AC Douglas  Tournament. The success of our tournament relies on the combination of dedicated volunteers and established partnerships with our sponsors. Those teams requiring hotel accommodations are asked to book only through HTG Sports.

HTG Sports has secured blocks at all participating host hotels so be sure to contact them early to book your team. We thank you in advance for your support. Click on the HTG Sports LOGO to open the hotel link.

LOOKING TO SECURE A VENDOR SPOT AT OUR AC DOUGLAS TOURNAMENT AND FESTIVAL?

The Registration "A.C. Douglas Tournament and Festival" is not currently available.

Any team that will not be able to register during these times must notify the office to receive permission to register no less than 1 hour prior to their first game at the NFSC Clubhouse.  No team registrations will take place on the fields.

U8 to U12 Festival Game Sheet

U8 to U12 Festival Game Sheet

U8 to U12 Festival Rules

U13 and Up Tournament Game Sheet

U13 and Up Tournament Game Sheet

U13 and Up AC Douglas Rules

A.C Douglas Participants of the Past!

THIS EVENT IS SANCTIONED BY: